The Best VPN for Gaming

Get Lightning Fast Connections on Your Gaming VPN 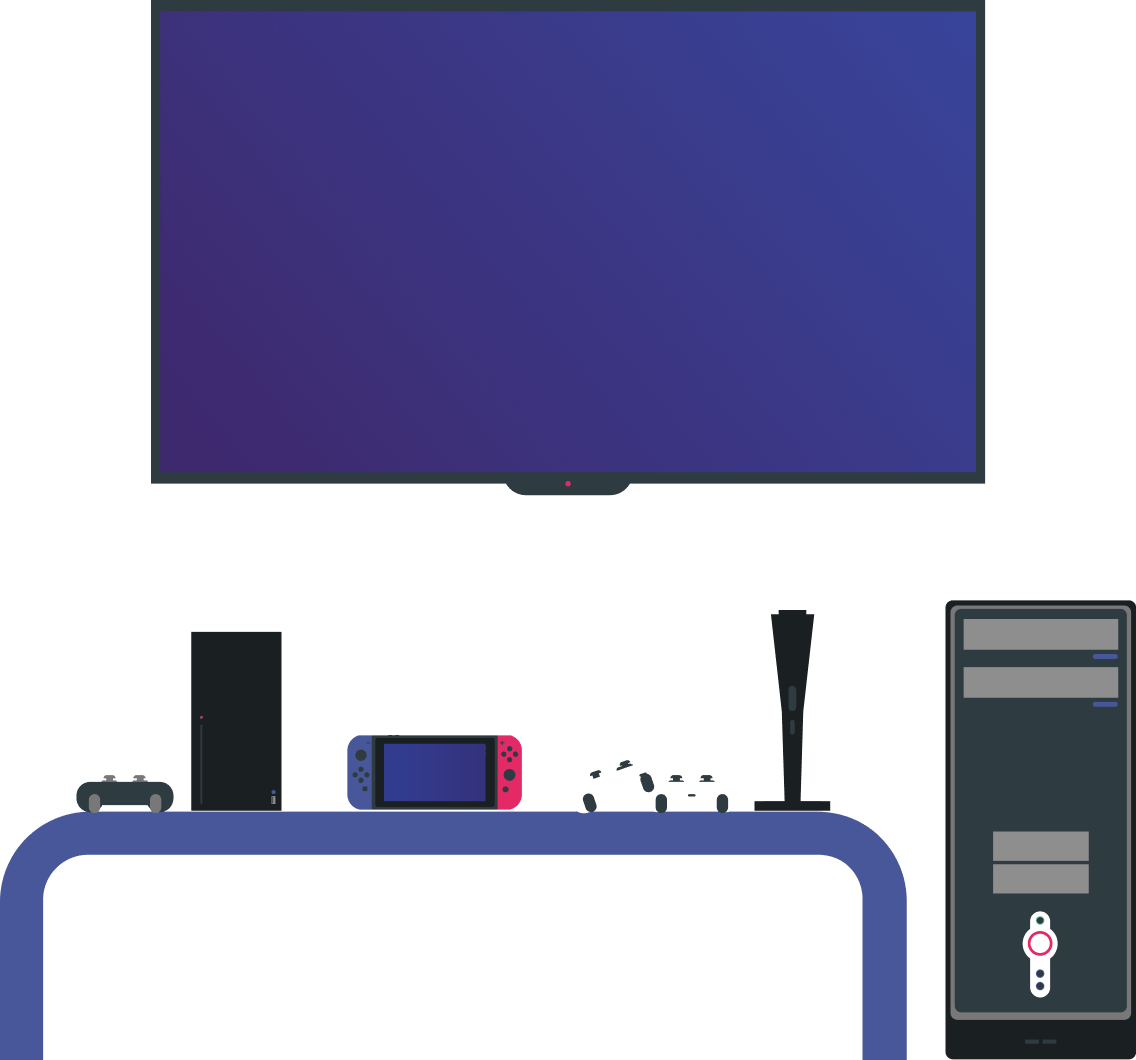 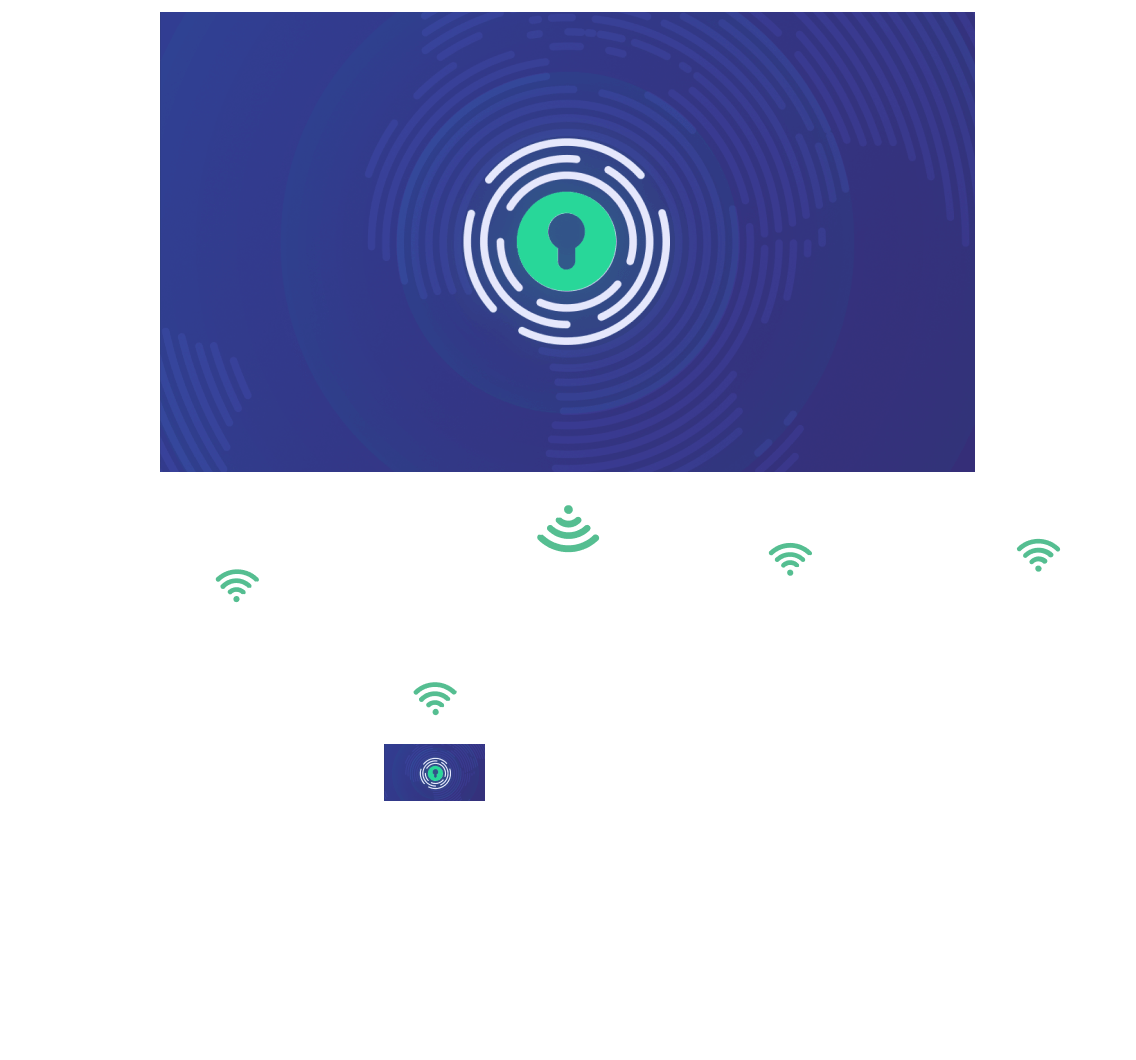 Set Up a VPN for Gaming in 3 Simple Steps

It's easy to get the best VPN for gaming and enjoy blazing fast speeds.

Download and log into any of our easy-to-use apps or manually install on your router to protect consoles.

Why the Best Gaming is with a VPN

Our secure servers make this a perfect gaming VPN. Not only do you want your VPN to have great speeds, but for the best gaming experience, it's crucial to have advanced servers with the latest security for the most reliable connection.
Get PrivadoVPN

Free Your Connection and Protect Every Packet

Transferring the data required for modern gaming over any network, even the Internet, can be dangerous. Not only can packets be lost between servers, but a dropped connection might result in lost game progress. PrivadoVPN has the best VPN protocols to get you a more secure connection.
Get PrivadoVPN

Get faster speeds and the best possible security by using a VPN. Connecting to a VPN protects your digital identity in two ways:

This is especially important when you're gaming, since it can affect your connection speeds. While you're connected to a VPN, the information contained in your IP address stays hidden, and your Internet data stays encrypted. That means stronger connections and lower ping when you're on a VPN.

You can either pick a virtual location from any of the hundreds of available PrivadoVPN servers or let our VPN app find the fastest server for you. Sign up today and connect to our ultra-fast VPN network to protect your online privacy.

Is a VPN good for gaming?

A VPN is great for gaming. In fact, VPNs can make your connection speeds faster, resulting in better ping times, and protect your PC, Mac, or console from attacks over the network you're connected to.

In most cases, no, VPNs don't increase latency. Data does have to travel through additional VPN servers when you're using a VPN for gaming, but when you're on a high quality network, you won't notice a significant drop in speeds.

Moreover, you might be the victim of throttling and not even know it. "Throttling" is when your ISP artificially limits your Internet speeds. In fact, they're free to specifically target particular types of data, like the kind being spent on online gaming. Internet Service Providers can prioritize more mainstream uses of their bandwidth and leave gamers with a terrible connection. Since that connection is going through their servers, there's not much you can do about bad speeds. That is, unless you have a VPN.

A VPN, especially a gaming VPN, is able to hide all of your Internet traffic through strong encryption. Your PC or router, when connected to a VPN, sends all your traffic through an encrypted tunnel. This tunnel keeps bad actors from seeing your Internet activity, but it also keeps your ISP from knowing exactly what you're doing. That means as long as you're on the VPN network, they can't punish you for being a gamer.

Moreover, because your IP address is masked by the VPN servers, the game maker can't read your device and location data. This is especially helpful for games that require an always-on Internet connection or free to play games that make money on selling your personal information. VPNs keep your private data secure, which is why you should always use a VPN for gaming.

What can somebody learn from my IP address?

Every device connected to the Internet has an IP address, and it can tell somebody a lot about you. First of all, it gives anyone looking your location and ISP. If that weren't enough, it's possible to learn what operating system somebody is using with their IP. And their screen resolution.

If you don't have a VPN, your IP address can be used to make you the target of a Denial of Service (DoS) attack, meaning your connection is flooded with requests, making online gaming impossible. Or you can be blocked from visiting specific websites, posting to certain forums, or logging into particular services.

A VPN keeps your IP a secret by routing all of your traffic through a VPN server. This is another computer that does the work of communicating with other devices. Because the actual communication is coming from the VPN, that's the IP that everyone can see.

How do I use a VPN for games?

It's very easy to set up a VPN for gaming. In fact, the best VPN providers will often have apps and instructions to make this simpler.

The first thing you need to do is sign up for VPN service. VPNs have a wide range of offerings, but for gaming you want something with lots of servers near your physical location to get the best speeds. In order to get the fastest connection, it's important that they also have a solid infrastructure, so check that they're using physical servers and high quality hardware.

If you're using a Mac or Windows PC to connect to the gaming servers, then all you need to do is download the PrivadoVPN app. Log in, choose a server, and start using your VPN for gaming.

On the other hand, if you're playing on a console, you'll need to manually install the VPN on your router. Fortunately, we have step-by-step instructions on how to do that. As a bonus, every device connected to your home network can benefit from the VPN connection.

What threats do I need to worry about without a VPN?

There are several gaming-specific threats that a VPN can help you with. It's sad, but some people don't want to take the time to learn how to play a game, and will cheat their way to the top instead.

The most common way to do this is by using a DDoS attack against other players in an attempt to slow down their connection. With so many network requests, your speeds can tank almost instantly, making online play impossible. VPNs run on extremely powerful systems and are made to handle a lot of Internet traffic at once. As such, being connected to a VPN lends you that protection, on top of hiding your IP to make an attack more difficult.

You might not be the target of a DDoS, but you could unwittingly be a participant. It's possible to use other systems connected to the same network to contribute to the DDoS. That can also drastically reduce your speeds in an instant, or even get you banned from certain servers. A VPN keeps your computer from being used to ruin somebody else's game.

What's the best free VPN to game with?

Do you really need to ask? It's PrivadoVPN. And here's why:

If you care about Internet privacy, fast speeds, IP masking, or just playing games without worrying, then we're the best VPN for you.

Do I need to install a VPN on my Playstation/Xbox/Switch?

Not at all. You can get all the benefits of a VPN without having to take up hard drive space that could go to games.

Instead of downloading and installing a VPN app to your device like on a computer or cellphone, you install it directly onto your home router using OpenVPN. Not all VPNs give you this option, but we think it's necessary for the best VPN experience.

In order to install a VPN on your router, you just have to follow the directions in our knowledge base. Depending on what router you have, it will slightly change the VPN installation procedure, but it's pretty easy to do.

Once you've installed the VPN on your router and logged in, all of the data traveling through it will be protected. That means that not only do your consoles get VPN protection, everything on your home network gets the same privacy benefits.

Now you can protect up to 10 Internet connected devices with a single PrivadoVPN Premium account. You no longer need to worry about whether to activate your VPN on your laptop or your phone, you can protect them both, as well as the phones, tablets, and media devices of the rest of your family.

Protect all your desktops and laptops from spying and anonymize your online activity on multiple simultaneous connections at home or out and about with the PrivadoVPN app.

On a phone or a tablet, you can make sure that everything you send and receive on it is encrypted, sent through a secure tunnel, and routed through our extensive network of global servers.

Whether you're watching on an Internet-ready TV or using an add-on device, you can ensure you're getting private Internet access and safe connections with PrivadoVPN.

You don't have to choose what devices to protect while you're at home. Install PrivadoVPN on your router and protect multiple devices connected to your network.

PrivadoVPN Offers All of These Amazing Features

Never get locked out of regional content again. Use the free PrivadoVPN app on up to 10 connections at the same time with a premium membership and know that your connection is secure whether you're chatting on your phone, watching a video on your TV, or browsing the 'net on your laptop. Build an encrypted tunnel right through to that show, movie, or video.

PrivadoVPN has a premium network and we own a lot of our own equipment. We use the latest protocols, industry leading architecture, and a dedicated development team to make sure your private information stays private while not slowing you down. You don't sacrifice performance for privacy with PrivadoVPN.

In case of an emergency, PrivadoVPN has you covered! Our kill switch feature will disable all your online activity in the event that you unexpectedly lose connection to the PrivadoVPN client. You will never send unsecured data, even by accident.

Set up the PrivadoVPN SOCKS5 proxy on your favorite download client to get the fastest possible speeds with a secure IP address. Keep your file transfers safe and anonymous without sacrificing speed, no matter who's looking.

Get best-in-class customer support from the dedicated PrivadoVPN support team. We are here for you at any hour, every day of the year through either chat or email.

We are a no-log VPN based in Switzerland, which means that we don't track any of your online activity and your account is protected by the world's best privacy laws.

Use the VPN protocol that best fits your needs. Choose between leading VPN protocols like OpenVPN, IKEv2, and WireGuard® to find the perfect balance of speed and security for how you use the Internet.

Servers Around the World

Get access to cities in countries, so you can be virtually anywhere, including Amsterdam, Chicago, Hong Kong, or London. Bypass government censorship and unlock content wherever you happen to be.

Easy to Use Apps

It's simple to use PrivadoVPN. Just download any of our free apps for Windows, Android, Mac, iPhone, iPad, Android TV, or Amazon Fire TV Stick. You'll be able to protect your data with the push of a button.

Decide which apps get the full protection of PrivadoVPN and which don’t need it with Split Tunneling. This feature gives you complete control over how your data is encrypted while you’re online, app by app.

Pick a Plan to Set Your Virtual Location

Hundreds of Servers in Countries Around the Globe

Whether you're traveling the world and want to access the show from home that you started or simply want to hide from prying eyes, you'll be able to find the fastest VPN server to meet your needs.